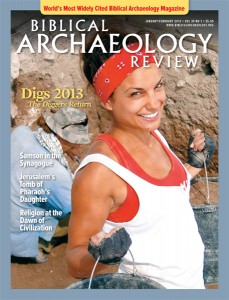 In 1993, the famous BYTDWD (Beyt David; House of David) inscription was discovered at Tel Dan in an excavation led by Israeli archaeologist Avraham Biran. This was the first time the name David had been found in the archaeological record. Accordingly, a powerful argument of the so-called Biblical minimalists, who doubted the very existence of David, was blown to smithereeens.

For a long time the minimalists argued that BYTDWD did not mean House of David but could be a place name or be translated house of “uncle,” “beloved” or “kettle”—and even that it might be a forgery. These arguments have long disappeared—or so it seemed, until leading minimalist Welsh archaeologist Philip R. Davies returned to them in a recent book.1

“I am not aware that the fragments have been subject to forensic examination, something that perhaps should now be routine in view of recent proven forgeries ... Until reasonable doubts [of authenticity] are removed, any conclusions are provisional,” Davies wrote.

Moreover, he argues that BYTDWD, even if it does mean “House of David,” means only that the family of David existed, not that the state, specifically the state of Judah, existed.