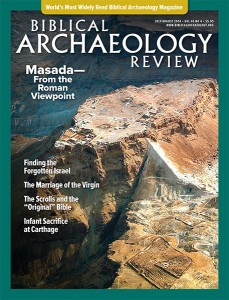 When ancient Biblical texts differ from one another, which one should we believe?

More specifically, in answering this question: How helpful are those ancient scrolls of the Hebrew Bible found among the Dead Sea Scrolls?

Prior to their discovery, scholars looked mainly to two texts to answer the question posed at the beginning of this article—the traditional Hebrew text known as the Masoretic Text (or MT), which was finalized by Jewish scholars in about 1000 C.E., and a Greek translation of the Hebrew text called the Septuagint (or LXX). This Greek translation of the Pentateuch (Torah) was made for the Jews of Alexandria in the beginning of the third century B.C.E. According to tradition, 72 or 70 wise men translated the Torah into Greek in 72 days, seated in 36 separate cells, and, lo and behold, they produced identical Greek translations, supposedly testifying to the accuracy of their translation. The other books were translated in the course of the next century.