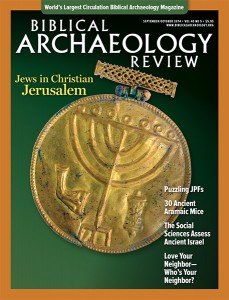 To see, or not to see, that is the question.

The British Museum has opened an innovative exhibition, Ancient Lives, New Discoveries, which focuses on eight individuals who lived, died and were mummified in ancient Egypt and Sudan. We are invited to look inside these individuals’ coffins and see the intricate layers of their burials—even to see their internal organs. Yet the mummies themselves—never having been unwrapped—remain completely intact.

How is this possible? Using innovative technology, the British Museum is able to examine the bodies beneath the wrappings without ever damaging or disturbing the burials themselves.

Using modern technology to noninvasively study ancient mummies is not a new approach for the researchers and scientists of the British Museum. No mummy from their collection has been unwrapped in the past 200 years. In the 1960s, they performed a full x-ray survey of the mummies, which was followed by CT scans in the 1990s. Ancient Lives, New Discoveries is brought to life through a series of 3D visualizations, created from high-resolution data retrieved from new medical CT scans.

Projected on large screens next to each mummy, the visualizations illuminate details of these individuals’ lives and secrets of their mummification.