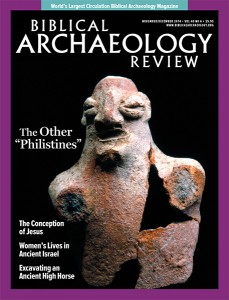 If you ever find yourself in the area around the Sea of Galilee (or Kinneret, as the Israelis call it), I recommend that you visit a site overlooking the sea from on high. It was called Sussita and Hippos at different times, both meaning horse, because of its high thin profile above the sea. Go up on the sea side (you’ll need a 4-wheel drive), winding your way up, twisting and turning, until you reach the summit.

Sussita was one of the ten cities of the Hellenistic Decapolis in the second century B.C.E. Originally it was inhabited by worshipers of Greek gods and by some Jews, but in time it became a Christian city with at least eight imposing churches.

On January 18, 749 C.E., a powerful earthquake devastated the site. The columns in Sussita’s churches and other buildings fell like toothpicks. The largest of the churches, dubbed “the Cathedral,” formed an especially dramatic picture. Sussita was never inhabited again.