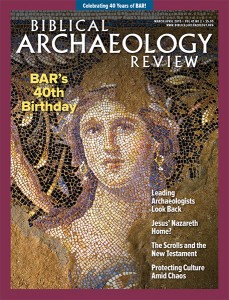 What do the Dead Sea Scrolls tell us about the New Testament? One possible answer is: Nothing.

The scrolls were associated with a relatively small group, or, rather, with several small groups.a Other Jewish people, like the first Christians, may not even have known about their sectarian writings. In fact, there is no evidence that any author of a New Testament book knew of or used any of the sectarian works found in caves near Qumran that we know as the Dead Sea Scrolls.

Moreover, the worldview that comes to expression in the two bodies of literature is often starkly at variance. A group that set a goal of spreading its religious message to all peoples to the ends of the earth had a very different understanding of God’s plan than ones who seem to have done no proselytizing and had no interest in bringing 044 the nations into the fold.