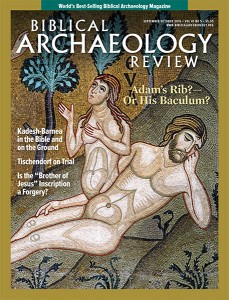 The Israel Museum is celebrating its 50th anniversary. A full day of festivities—marked by free museum admission for all—was held on May 11, 2015, five decades after the museum first opened its doors. And the museum certainly has cause to celebrate. Not only is it the most-visited museum in Jerusalem, but it is also the largest cultural institution in Israel and ranked among the world’s top archaeology and art museums.

One of the ways in which the Israel Museum is celebrating this milestone is by hosting a new exhibit that chronicles the highlights of human civilization. A Brief History of Humankind features objects that encapsulate the chief developments of human history. Beginning with early stone tools and the first evidence of communal fire and ending with Albert Einstein’s manuscript for the special theory of relativity, the exhibit examines the major milestones that advanced human civilization.

Another significant advancement in human history was coinage, highlighted by the Phanes series of early electrum coins—some of the earliest Greek coins. Dating to the late seventh century B.C., the coins come from Asia Minor. The well-known “Phanes stater” shows a spotted stag and a Greek inscription that reads, “I am the sign of Phanes.”