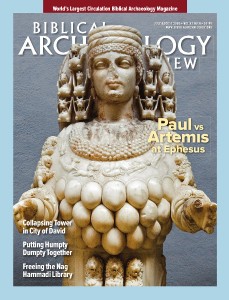 A cache of ancient Christian Gnostic texts was found near Nag Hammadi, Egypt, in 1945—two years before the discovery of the Dead Sea Scrolls. Similar to the situation with the Dead Sea Scrolls, a monopoly of scholars held up the publication of the Nag Hammadi texts and would not permit anyone else to see them. The late Jim Robinson intervened, and by 1970 he had managed to free the Nag Hammadi Codices.
Join the BAS Library!