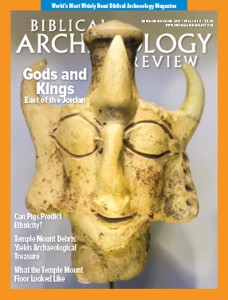 Medieval Jerusalem was considered a holy city by Judaism, Christianity and Islam. Some thought that it stood not only at the crossroads of the known world, but also at the gates of heaven. People of various faiths and ethnicities flocked to it; sacred monuments were built in it; and wars were fought over it.

Jerusalem’s importance as both a religious location and symbol shaped the art of the medieval period. This is reflected in the exhibit Jerusalem 1000–1400: Every People Under Heaven, currently on display at the Metropolitan Museum of Art in New York. The exhibit focuses on six factors that influenced Jerusalem’s medieval art: trade and tourism, its diverse population, its sacred monuments, holy war, generous patrons and its heavenly quality. The last factor reflects the view held by Jews, Christians and Muslims that Jerusalem is an eternal city.

The exhibit features about 200 artifacts from this period, including five capitals from the Church of the Annunciation in Nazareth, one being “The Virgin and Apostle Capital,” dated to the early 1170s, which are on display outside of Nazareth, Israel, for the first time. There can be no doubt that during both war and peace in the medieval period, Jerusalem was a major source of artistic inspiration.