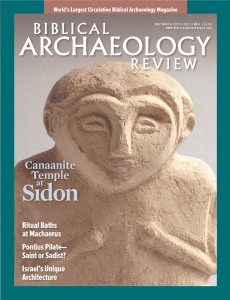 Who is responsible for sin and death? According to the Apostle Paul, it was Adam. In his letter to the Romans, Paul names Adam as the first sinner and the reason death entered the world (Romans 5:12, Romans 5:14). While most modern readers of the Bible are familiar with the conclusion, not everyone in antiquity agreed. Although they were all reading the same Bible, some blamed Cain rather than Adam.

In Genesis, Adam and Eve disobey God, but their actions are never described as sin. Although God warned them that “in the day that you eat of it, you shall die” (Genesis 2:17; Genesis 3:3), Adam lives to be 930 years old. The incongruity between God’s words and Adam’s longevity could suggest that Adam was not responsible for sin and death.

The first time sin and death are mentioned in the Bible is after the Garden of Eden—in God’s warning to Cain to resist sin (Genesis 4:7). God’s words serve as both warning and commentary about Cain’s murder of Abel in the very next verse. Thus, despite God’s warning to Adam and Eve (Genesis 2:17), their son Abel is the first person to experience death at the hand of the first sinner, Cain.