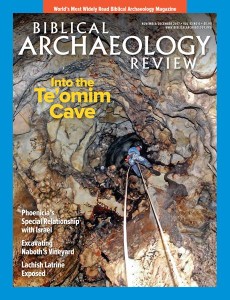 Myra is on my top-ten list of Biblical sites in Turkey. Often bypassed by groups because it is out of the way, Myra (modern Demre) is a two-hour scenic drive through the Taurus Mountains and along the Mediterranean coast from Antalya. The international airport at Antalya makes it an ideal jumping-off point for your excursion. Along the way you might want to stop at Limyra, where Austrian archaeologist Martin Seyer discovered two menorah plaques recently chronicled in BAR.a The nearby town of Finike is noted for the best oranges in Turkey, so have a freshly squeezed glass from a roadside vendor while passing through.

Thirty minutes later—after driving along a VERY curvy coastal road—you’ll arrive in central Demre. There signs point to the Noel Baba Müzesi, that is, the Museum of St. Nicholas, whose life serves as the foundation for the Santa Claus tradition. In the late third and early fourth centuries, Nicholas was the bishop of Myra.

In the fifth century, a church dedicated to Nicholas was built in Myra, but archaeologists know little about this early phase. After an earthquake in 529 C.E., the church was repaired, and remains of this sixth-century structure are the earliest found at the site. The sixth-century church was typical of the period; it had a central nave with an apse facing east and aisles on each side. It was entered from the west via a courtyard and then a narthex. Over the centuries, the church was modified numerous times, especially from the ninth through 13th centuries.