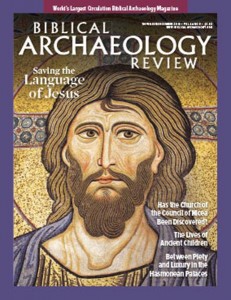 Many children (and adults) know the stories in Genesis involving Abraham and his descendants owning and riding camels. Abraham’s servant drove 10 camels to upper Mesopotamia and took great pains to water them there (Genesis 24:10–11). Even Rachel, wife of Jacob, rode a camel while in Upper Mesopotamia (Genesis 31:34). The events in these accounts have been traditionally dated c. 2000–1600 B.C.E.

However, Lidar Sapir-Hen and Erez Ben-Yosef in a recent study in the Israeli journal Tel Aviv claim that the camel was not domesticated in the southern Levant (i.e., Israel) until the late 10th century B.C.E.1 While Sapir-Hen and Ben-Yosef do not discuss the Bible, Mairav Zonszein concluded in a 2014 piece for National Geographic News that the accounts in Genesis concerning camels are anachronistic. The camel had not yet been domesticated.

This, of course, is not a new idea. More than 70 years ago, William Foxwell Albright, the greatest Biblical scholar of the 20th century, proclaimed on many occasions that the narratives concerning camels in the period of Abraham were a blatant anachronism, as they were not domesticated until centuries later. Albright’s strong statements have, over the years, become accepted dogma and have rarely been critiqued.