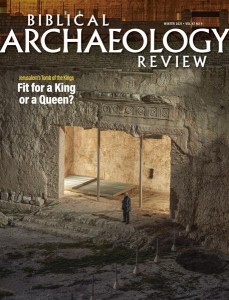 How does Moses make his coffee? Hebrews it. What kind of man was Boaz before he was married? Ruthless. Bible puns are like pineapple on pizza: Some people love them, and some people find them absolutely abhorrent.

The Bible itself is full of various kinds of wordplays, including puns, but they functioned quite differently than puns function in our modern culture. Rather than inducing groans, wordplay in biblical literature often functioned to mark structure in a poem, link two concepts, emphasize a central idea, or highlight irony or dissonance.

Wordplays that play with sound are more common in the Hebrew Bible and include alliteration (repetition of consonants), assonance (repetition of vowel sounds), parasonancy (the change of only one root letter), letter transposition (the order of the root letters changes), and more.

But how does a literary device that is so tied to the original language of a text translate to other languages? Is it even possible? Consider the following line from Edgar Allan Poe’s “The Raven”: “While I nodded, nearly napping, suddenly there came a tapping.” We could translate this line into any language and maintain the sense (the meaning) of the line, but if we cannot communicate the style as well, have we succeeded as translators?