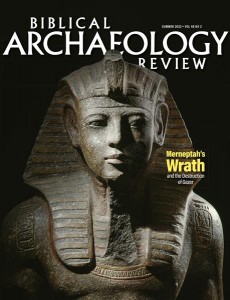 Ever since Homo sapiens domesticated grains and animals, mice have been our uninvited hangers-on, always happy to grab an easy meal and take up free lodging afforded to them by human settlement. In agricultural societies of the ancient Near East, the mouse and similar rodents were primarily thought of as vermin and a major source of crop damage.

In modern usage, the term “mouse” is not strictly taxonomic and is applied also to species from outside the genus mus. Ancient texts similarly do not allow one to determine the exact species of rodent, whether mouse or otherwise; for example, the generic Hebrew word akbār can refer to various mice but also rats (genus rattus) and even species from different taxonomic families, such as jerboas, hamsters, and dormice. About 25 different species of such animals can be found in the southern Levant today.

According to Herodotus (History 2.141), the formidable army of Sennacherib, which had come against the helpless Egyptians in 701 B.C.E., was defeated by field mice that had gnawed through the army’s bowstrings and shield straps prior to battle. This story seems inspired by Yahweh’s delivery of Jerusalem the same year (2 Kings 19:35) and may refer to the pestilence that rodents were known to communicate.