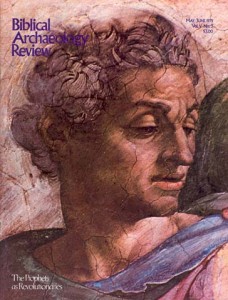 In 1980, the first spade will sink into Tell Dor. As previously announced in BAR (“Yigael Yadin to Head New Excavation,” BAR 04:04), I will direct the field work at the new excavation.

In a sense, however, this excavation began several years ago at nearby Tell Mevorakh. The Tell Mevorakh dig, which I directed for Hebrew University in 1973 to 1976, was really a part of what should be considered the Dor Project.

When archaeology began in the Middle East more than a hundred years ago, it was almost a treasure hunt. About the turn of the century, archaeologists began to pay attention, not simply to what would look impressive in a museum, but to stratigraphy and ceramic typologies in order to date the levels of a mound; the result of this shift in emphasis was that pottery and stone walls and destruction layers sometimes became more important than gold jewelry and figurines. In our generation, archaeology, growing ever more scientific, has now added other, new concerns.