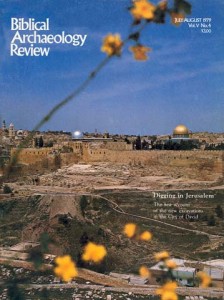 The late 1880’s in Jerusalem was an age of discovery. On the one hand, textual critics, anthropologists, geologists, and philosophers combined to pour scorn and derision on Scriptural traditions; on the other, archaeology was never so popular or well-supported financially as when it set out “to prove the Bible right.”

Well-endowed archaeological missions flocked to the Holy Land, and in their wake came an ever increasing tourist traffic. The railroad and the steamship brought Palestine within the compass of the European grand tour. Wide-eyed and credulous, heaven-sent manna to every imaginative rogue, they flowed into Jerusalem. It was the age of Romance, and the mysterious East opened wide its arms to its most succulent prey.

The old city of Jerusalem was, as it is still, an extraordinary mixture of ancient and modern, East and West. Its narrow, stepped streets and alleyways climb and twist bewilderingly through more than three thousand years of history. In a little house on Christian Street was a shop which belonged to the hero of our story.

Moses Wilhelm Shapira was born about 1830 in Kiev, of Slavonic Jewish parentage, and became converted to Anglican Christianity in Jerusalem. He married a naive, prudish German Lutheran deaconess, who bore him two daughters.