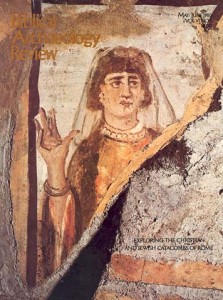 The passage from Mark which follows, has always been a puzzle:

If your hand offends you, cut it off. It is better for you to enter into life crippled, than with both hands to depart for hell, to the unquenchable fire.

And if your foot offends you, cut it off. It is better for you to enter into life lame, than with both feet to be thrown into hell.

And if your eye, offends you, pluck it out. It is better for you to enter into the kingdom of God with one eye, than with two eyes to be thrown into hell (9:43–47).

The word I have translated “offend” () is rendered “causes you to sin” (with a footnote “to stumble”) in the Revised Standard Version. Essentially the same translation (“should cause you to sin”) is used in the Jerusalem Bible. In the New English Bible, we find “is your undoing.”

The saying in Mark is often understood as hyperbole, demanding radical and uncompromising discipleship. According to this interpretation, one must be prepared for the most painful sacrifice should there be anything that might cause one to separate from God and his kingdom.1

Another interpretation is that we must extirpate sin at the very first before it has a chance to spread. As expressed by Professor Montefiore: “The advice which Jesus here gives is that we are not to provoke danger and call it forth. Far better to nip it in the bud, and to pray, ‘Lead us not into temptation.’”2