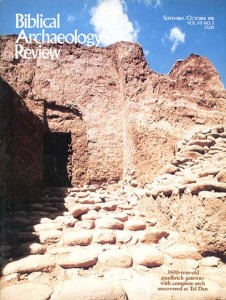 New evidence for the antiquity of the tradition associating Mt. Ararat in Turkey with the landing place of Noah’s Ark comes to us in the form of a unique coin on display at the Israel Museum. This large bronze medallion was struck 1700 years ago at Apameia Kibotos in Asia Minor (modern Turkey) near the mountains of Ararat where, it is said, Noah’s Ark came to rest after the flood.

This coin, depicting the events of the story of Noah’s Ark related in Genesis 6–8, is the only coin-type known to bear a Biblical scene.

Apameia Kibotos was a Phrygian city established by Antiochus I (280–261 B.C.) who named it after his mother, Apameia. At that time, there were at least two other cities in the region named Apameia, one in Bithynia (northern Turkey) and the other in Syria. The addition of the word kibotos, which means “ark” in Greek, differentiates this particular Apameia from the others.

The Jewish community in Apameia was probably as old as the city’s foundation in the third century B.C.1 The legend of Noah seems to have been localized at Apameia Kibotos, and the Jewish element in Apameia was strong enough, as early as the time of Jesus, to give the city the name, Kibotos, derived from the Biblical story.