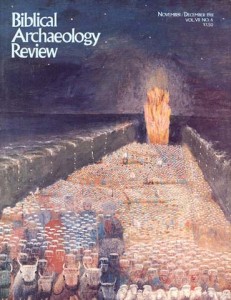 The incident demonstrated that Judaism, like other religions, has its lunatic fringe.

The groundwork for the incident was laid several years ago when Israel’s parliament (the Knesset) passed a law forbidding the archaeological excavation of Jewish graves. The law was passed in a bow to religious parties, whose power in the first Begin government, as in previous Israeli governments, far exceeded their small proportion of votes. Religious parties regularly garner a little less than 10% of the vote. Nevertheless, they exercise unusual leverage in Israel’s proportional representation system because they are often needed to form a coalition government when no party has an absolute majority.

In the second Begin government, which was only recently formed, the power of three small religious parties is stronger than ever because they, and they alone, provide Begin’s Likud party with a sliver-thin majority of 61 in the 120-person Knesset. The formal coalition agreement which the religious parties demanded and obtained from Begin’s Likud party, as a condition of their joining the Likud to form a government, explicitly provides that “the law forbidding excavation at gravesites will be strictly enforced.”