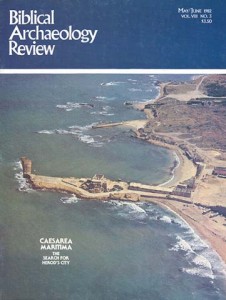 Mitchell Dahood is dead at 60. He died in Rome on March 8 of a sudden, unexpected and massive heart attack.

I should write Father Mitchell Dahood, for he was a Roman Catholic priest, a Jesuit, who spent nearly 20 years teaching at Rome’s Pontifical Biblical Institute. But I, like most of the scholarly community, knew him as Mitchell. He seldom wore his priestly garb on trips outside Rome. As a scholar, he was simply Mitchell Dahood—an intellectual giant, but in person a warm, friendly, enthusiastic, ebullient seeker after truth, totally unaware of his own importance.

Mitchell Dahood was born in Anaconda, Montana, to which his parents had immigrated from Lebanon. In Montana, his father worked in a copper smelter. From childhood, Mitchell wanted to become a priest, and his scholarly bent was clear. Eventually, he earned his Ph.D. under Albright at Johns Hopkins and a Ph.D. from Weston College in Weston, Massachusetts. After his ordination, he was immediately assigned to Rome where he remained for the rest of his life. There he became one of the world’s leading specialists in ancient Semitic languages, particularly Hebrew and Ugaritic, and, more recently, in the language of Ebla which scholars call Eblaite.

Dahood’s best-known work is his three-volume commentary on the book of Psalms, in the Anchor Bible series. It is a highly controversial and much criticized work, largely because of its extensive use of Ugaritic to illuminate the Hebrew text.