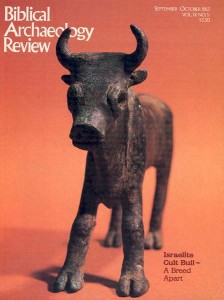 The death of Claude Schaeffer of cancer at the age of 84 in his home at St. Germain-en-Laye, France, on August 25, 1982, marks the end of an epoch in the archaeology of the Near East. He was the last of those titanic figures whose achievements are sometimes hard for us to appreciate from our modern situation. Since Schaeffer began excavating, the technology of archaeology as a scientific discipline has advanced, and the world of the Near East is a far different place. We sometimes forget what it was like 50 years ago.

The excavation of Ugarit, with which Schaeffer’s name will always be linked, began at a site known as Minet el-Beida, the “White Harbor,” on the eastern coast of the Mediterranean Sea north of Beirut, now in Syria. From antiquity to the present, the site has been an important seaport (it currently serves as a Russian base). In 1929, when Schaeffer first came there, the area was inhabited mainly by the Alaouite tribe, which claimed descent from a nephew of the prophet Mohammed. The Alaouites were considered even by Moslems to be a hostile and secret religious minority. In 1920, the Allies had created a “Territory of the Alaouites,” which had been approved by the League of Nations. In 1924, the encompassing “Syrian Federation” was dissolved, and hence the area became an independent “State of the Alaouites.” That was the situation when Schaeffer first arrived.