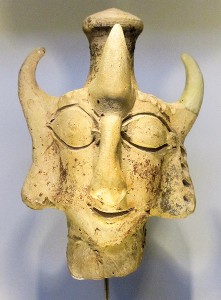 When the ancient kingdoms of Israel and Judah came to rule over the former lands of Canaan, their neighbors east of the Jordan River were the Ammonites, Moabites, and Edomites. The Hebrew Bible offers a wealth of information on the Iron Age kingdoms of Ammon, Moab, and Edom. But how does the traditional picture of these Transjordanian kingdoms compare to modern biblical interpretations and recent archaeological discoveries?

When viewed together, the Bible and archaeology provide a fuller picture of the historical reality of the Transjordanian kingdoms and of the interactions with their neighbors to the west—the ancient Israelites and Judahites. The Ammonites, Moabites, and Edomites fought with ancient Israel over territory. The Bible presents this rivalry from the Israelite point of view, and archaeological discoveries from across the Jordan help show us the other side. By looking at what ancient Israel’s neighbors wrote and left behind, we are able to better understand their perspective. Archaeology helps create a more balanced picture of these Transjordanian kingdoms, their kings, gods, and daily life.

The seven articles in this collection cover both the respective cultures of these kingdoms and the biblical traditions about their origins. Written by renowned scholars and thinkers, the collection offers an up-to-date, reliable summary of the current research.

Ammon, Moab and Edom: Gods and Kingdoms East of the Jordan

“Rabbath of the Ammonites”

Where Lot's Daughters Seduced their Father

Joel S. Burnett (University of Waco, Texas), in his article “Ammon, Moab and Edom: Gods and Kingdoms East of the Jordan,” reports on the latest archaeological discoveries in modern-day Jordan and shows how the Transjordanian kingdoms, much like Israel and Judah, formed on the basis of tribal structures, had their own kings, and worshiped their own national gods.

In “‘Rabbath of the Ammonites,’” Timothy P. Harrison (University of Toronto) offers an archaeological biography of the Amman Citadel. Focusing on the ancient Ammonite acropolis, Harrison tells the story of more than a century of exploration and what it reveals about the layered past of Rabbath Ammon (“the Ammonite Heights”), which is what the place was called during the biblical period. He then ties the recent archaeological data to what we already know about the Ammonites from the Bible.

“Moab Comes to Life” is a richly illustrated report about a unique discovery of a Moabite temple at a site called Khirbat al-Mudayna, on the bank of the Wadi ath-Thamad in central Jordan. Professor P. M. Michèle Daviau (Wilfred Laurier University, Waterloo) and her late husband Paul-Eugène Dion (University of Toronto) paint a vivid picture of the rituals that took place at the shrine around 800 B.C.E. These betray a local culture that is generally Moabite but intriguingly different.

“Edom & Copper: The Emergence of Ancient Israel’s Rival,” written by Thomas E. Levy (University of California, San Diego) and Mohammad Najjar (Museum with No Frontiers), provides a surprising assessment of the early Iron Age copper mines at Khirbat en-Nahas, in the territory of ancient Edom—modern-day southern Jordan. Contrary to the prevailing opinion that ancient Edom was a chiefdom of a few simple, nomadic tribes, the metallurgical industry and the massive fortress at Khirbat en-Nahas reveal a considerable degree of social complexity. According to the authors, this lends more credibility to the biblical references to the Edomites as an advanced and organized state capable of fighting with David and subsequent kings of Judah.

The Bible reports a lasting enmity between the Judahites and Edomites, describing mutual raiding, destruction, and conquest. Archaeology now seems to support these claims with physical evidence from within Judah itself. In “Edomites Advance into Judah,” the late Itzhaq Beit-Arieh (Tel Aviv University) makes a case for Edomite expansion into the eastern Negev, where a line of forts was built in the seventh century B.C.E. to protect against possible Edomite invasions, while Edomite material culture attests to the presence of the Edomites.

The collection’s other two articles explore the history and archaeology behind the biblical traditions that describe the origins of ancient Israel’s neighbors to the east. In his article “Where Lot’s Daughters Seduced their Father,” archaeologist Konstantinos D. Politis (Ionio University in Kerkyra) examines the remarkable Byzantine monastic complex that was built to commemorate Lot’s cave where, according to Genesis 19, an incestuous union between Lot and his two daughters resulted in the birth of the eponymous ancestors of the Moabites and Ammonites. During the Byzantine period, the cave became the focal point of a large complex that included a basilica, living quarters for monks, and a hostel for pilgrims.

In his poetic portrait “Supporting Roles: Esau,” the late Nobel Prize laureate and world-renowned author Elie Wiesel looks on the woeful story of Rebecca and Isaac’s older son, Esau. Wronged by his mother and brother, and portrayed in the Bible as Jacob’s implacable enemy, Esau is traditionally considered the progenitor of the Edomites.

So take some time to read through this fascinating collection of articles that reveals the real story of Ammon, Moab, and Edom, ancient Israel’s neighbors to the east. Taken together, the Bible and archaeology provide dramatic new insights into the gods, kingdoms, and peoples that were so often a part of the story of ancient Israel and Judah.