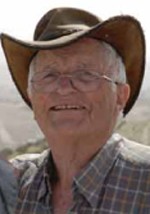 Ehud Netzer, a prominent Israeli archaeologist and the world’s leading authority on Herodian architecture, died on October 27, 2010 from a fall at Herodium where he had been digging for 38 years in search of Herod’s tomb. Herod was the ancient world’s builder par excellence. Netzer described Herod as “a king who lived and breathed the art of construction, deeply understood its ways and, quite simply, loved to build.” One might fairly say that Netzer himself lived and breathed the man and the works of Herod.

In his long career, Netzer worked at Herodium, Jericho, Masada and numerous other sites, including Hazor, Sepphoris, Caesarea and Jerusalem. A member of BAR’s editorial advisory board for 30 years, he frequently wrote for the magazine. In February 2013, the Israel Museum opened a new exhibit on the journeys of two men separated by 2,000 years. One was the funeral procession of King Herod the Great; the other was the life work of Ehud Netzer.

The articles below were hand-selected by Biblical Archaeology Society editors especially for members of the BAS Library.

In Search of Herod’s Tomb

Floating in the Desert

A New Reconstruction of Paul’s Prison

The Last Days and Hours at Masada Found at Dan