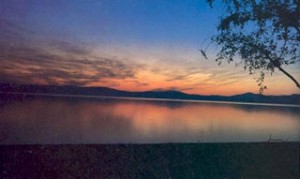 Galilee is one of the most evocative locales in the New Testament—the area where Jesus was raised, where many of the Apostles came from, and where Jesus first began to preach. We’ve selected a number of articles to widen your knowledge of this important region, focusing on how Jewish the area was in Jesus’ time, on the ports and the fishing industry that were so central to the region, and on several sites where Jesus likely stayed and preached.

The articles below were hand-selected by Biblical Archaeology Society editors especially for members of the BAS Library.

How Jewish Was Jesus’ Galilee?

Why Jesus Went Back to Galilee

Has the House Where Jesus Stayed in Capernaum Been Found?

When Jesus walked through the towns and cities of Galilee, did he encounter mostly Jews or gentiles? Excavations reveal widespread Hellenistic and Roman culture in Galilee after Jesus’ lifetime. In “How Jewish Was Jesus’ Galilee?” Mark Chancey highlights Galilean archaeology to confirm that the majority of the inhabitants in Jesus’s time were, in fact, Jewish.

Why did Jesus establish his ministry in provincial Galilee rather than populous Jerusalem, the hub of political and religious power? In “Why Jesus Went Back to Galilee” Jerome Murphy-O’Connor suggests that only a compelling commitment to something—or someone—in the north can explain the decision.

In “The Galilee Boat—2,000-Year-Old Hull Recovered Intact” Shelley Wachsmann details the discovery of an ancient boat from Jesus’ lifetime discovered in the Sea of Galilee. Jesus probably sailed the Sea of Galilee in a boat like this; so did Jews who fought the Romans in the battle of Magdala during the First Jewish Revolt.

Excavations beneath an octagon-shaped building in Capernaum rumored to be St. Peter’s house may have uncovered his actual home, according to James F. Strange and Hershel Shanks in the article “Has the House Where Jesus Stayed in Capernaum Been Found?”

In “Synagogue Where Jesus Preached Found at Capernaum” Strange and Shanks continue their Capernaum research to suggest that a building beneath the famous synagogue may have been the first-century synagogue in which Jesus preached and taught.