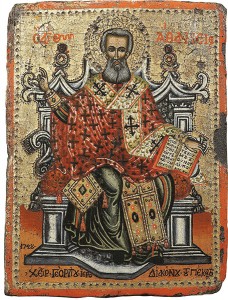 The New Testament recognized by most Christians today comprises 27 books accepted as authoritative, or canon. But what made some writings canonical and others not? It took time, centuries in fact, for the early church to determine which texts should be added to the Jewish Tanakh to form the Christian Bible … and which texts should be excluded.

By the end of the second century, the Church urged Christians to avoid reading any writings other than the official canon of Christian scripture; in fact, many writings were “lost” (or hidden) for centuries. It wasn’t until the beginning of the Renaissance that scholars began to uncover old manuscripts in monastic libraries. Many more writings were “lost” for far longer, some rediscovered in only the past hundred years.

From the very beginning, Christianity has been a religion of texts and story. It is inevitable that some non-canonical, or apocryphal, writings will contradict what is now considered canon. But scholars emphasize that these writings—no matter how controversial—are worth studying, because they contribute to a deeper understanding of the origins of Christianity.

How the Books of the New Testament Were Chosen

The 34 Gospels: Diversity and division among the earliest Christians

The Gospel of Thomas: Jesus Said What?

The Gospels that Didn’t Make the Cut