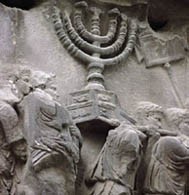 Throughout the Hellenistic and Roman periods, Jewish revolts against the imperial powers of the day helped shape Jewish history, culture and identity. What evidence do we have of these revolts? BAS editors have arranged a special collection of articles from Biblical Archaeology Review exploring the textual and archaeological evidence for these dramatic attempts on the part of the ancient Jews to preserve their culture and achieve independence.

Will the Real Josephus Please Stand Up?

Monumental Tombs from Maussollos to the Maccabees

The Last Days and Hours at Masada

Our main, and sometimes sole surviving, literary source for Jewish history and culture during the Hellenistic and Roman periods is Flavius Josephus, whose work is often mined by scholars for information on Judean politics, geography and so on. Who was this Jerusalem-born Jew who ended up in Rome writing works of history in Greek? Did he sell out his fellow Jews, as some have suggested, or did he have a more complex motive? In “Will the Real Josephus Please Stand Up?” Steve Mason explores the complicated situation in which Josephus, born Yosef bar Mattathyahu, found himself while living under Roman imperial patronage. Learn about his aims in his accounts of such significant events as the Maccabean uprising against the Seleucids and the First Jewish Revolt against Rome.

After the Seleucid king Antiochus IV Epiphanes desecrated the Jerusalem Temple and forbade circumcision and observation of the Sabbath in the second century B.C.E., the Maccabee family led a successful revolt against the tyrant. The success of the Maccabees left an indelible mark on Jewish history and is celebrated to this day in the annual festival of Hanukkah. From literary texts, we know that the Maccabee family tomb was a huge monument comprised of seven pyramids, each representing a member of the family, and could be seen from a great distance. Previously, Jewish tombs had included little adornment. What inspired the lavishness of the Maccabean mausoleum, which started a short trend of Jewish display tombs? In “Monumental Tombs from Maussolos to the Maccabees,” Geoffrey B. Waywell and Andrea Berlin hypothesize that the inspiration probably came from the iconic Mausoleum of Halicarnassus, one of the seven wonders of the ancient world.

The First Jewish Revolt against Rome (66–73/74 C.E.) concluded at King Herod’s palace-fortress on the mountaintop of Masada in the Judean desert. The Jewish resistance, besieged by the relentless Roman army, chose to commit suicide when the imperial forces finally breached their last defense rather than be taken prisoner and enslaved. This dramatic event was chronicled in Josephus’s The Jewish War. In “The Last Days and Hours at Masada,” Ehud Netzer reviews the archaeological investigations conducted at Masada. Through the archaeological record, we may be able to examine the extent to which Josephus’s exciting—and theatrical—account was accurate.

In the second century C.E., the Second Jewish Revolt (known as the Bar-Kokhba Revolt) against Rome ended with Jerusalem and other Jewish cities razed to the ground. Historians traditionally assume that the mighty Roman legions had no trouble putting down tiny Judea. But a close examination of the archaeological evidence, as discussed by Werner Eck in “Hadrian’s Hard-Won Victory,” indicates that the rebels were so effective that they “shook the foundations of the Roman Empire.”