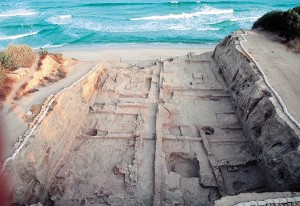 Three significant scholars—who shaped and influenced the field of Biblical archaeology—passed away in the winter of 2017–2018, but their legacies live on. As detailed in the article “‘The Nobles of the People Dug It’: Remembering Three Archaeological Giants” in the July/August 2018 issue of BAR, the impact of Lawrence E. Stager, Ephraim Stern, and James F. Strange will be felt for generations to come. Revisit some of their noteworthy BAR articles—covering the Philistine marketplace at Ashkelon, pagan Yahwism, and archaeological finds at Capernaum—in a BAS Library special collection of articles handpicked by BAS editors.

The Fury of Babylon: Ashkelon and the Archaeology of Destruction

Phoenicia and Its Special Relationship with Israel

Video: The Archaeology of “Jewish Christianity”