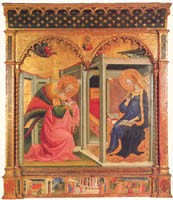 In the November/December 2014 issue of Biblical Archaeology Review, Andrew Lincoln examines New Testament accounts of Jesus’ birth. The idea that Jesus was born of a virgin is firmly established in Christian creeds and the subject of many Nativity plays and Christmas carols. How did ancient peoples understand the nature of conception? Did their understanding conflict with the idea of a virgin birth? BAS editors have compiled a special collection of Bible Review articles exploring virgin birth stories, early Christian views about Jesus’ birth and seminal emission in the Hebrew Bible.

How Early Christians Viewed the Birth of Jesus

Did Sarah Have a Seminal Emission?

Matthew and Luke in their gospels plainly state that Jesus was divinely conceived by the Holy Spirit. For those who believe in the inerrancy of the New Testament, no further support for the virgin birth is needed. But others, such as American founding father Thomas Paine, observed that just because Matthew relates that Joseph said that an angel told him that Mary “was with child without any cohabitation with a man” was no proof at all. Perhaps neither position addresses the complexities of the Bible’s virgin birth stories, says J. Edward Barrett in “Can Scholars Take the Virgin Birth of Jesus Seriously?” Probing the virgin birth stories, Barrett discusses problems of Hebrew/Greek translation, the contexts of the famous prophecies in the Book of Isaiah, and father-son relationships in the Jewish and Hellenistic worlds in Bible times.

The flurry of letters received in response to Barrett’s Bible Review article prompted James E. Crouch to examine early Christian views about Jesus’ origin. In “How Early Christians Viewed the Birth of Jesus,” Crouch finds that various understandings of Jesus’ birth were current in the early Church. At one time, for example, the pre-existence of Christ, rather than the mode of his birth, was considered by many Christians to be the crucial hallmark of their faith. Handling theological issues and literary concerns with equal aplomb, Crouch also details the ways in which the infancy narratives in the Gospels echo birth stories in the Hebrew Bible.

“Now faith is the assurance of things hoped for, the conviction of things not seen” begins the hymn of faith in Hebrews 11. The hymn goes on to praise several Hebrew Bible figures for their faith, among them the matriarch Sarah. But the hymn uses an extremely puzzling phrase regarding Sarah: When translated literally, it says Sarah received the power to emit semen. To avoid the problem, some scholars translate the phrase to mean that she received the power to conceive or that the phrase was meant to apply to Abraham. Pieter W. van der Horst confronts the question “Did Sarah Have a Seminal Emission?” and, using classical Greek, rabbinic and early Christian ideas regarding conception, shows that the phrase in Hebrews means exactly what it says.