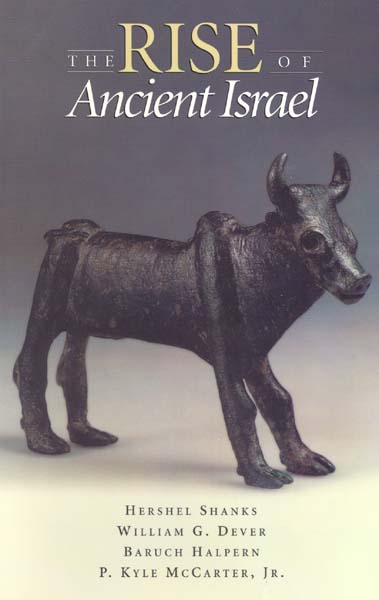 If you think the issue of the Israelite settlement is tough, it’s nothing compared to the Exodus. Now the Exodus, that’s a real tough one. We are very fortunate today to have with us to discuss the Exodus, Baruch Halpern. Baruch Halpern is a major younger scholar. He is not yet 40 years old. He has been at York University in Canada, but has just accepted a professorship at Penn State University in Pennsylvania, where he will form a whole new department of religious studies. All of today’s speakers, except myself have their Ph.D.’s from Harvard. Maybe that’s not so good, we are bringing you a Harvard perspective. Baruch graduated summa cum laude and his Ph.D. dissertation was accepted with highest honors. If I were to read Baruch’s curriculum vitae we would be here all day. He is the author of several important scholarly books, one called The Constitution of the Monarchy in Israel, another entitled The Emergence of Israel in Canaan and still another called The First Historians. He is widely known as a brilliant and insightful speaker, as well as a writer. I’m sure you’ll enjoy him and learn from him. It’s a pleasure to introduce my friend Baruch Halpern.—H.S.

Thank you very much. Hershel began his talk with the comment that you could accept whatever he said unequivocally. I wish I could say the same thing about his introduction. (Laughter.)

Under what circumstances did Romulus and Remus found Rome? What was the role of Hercules, or Jason and the Argonauts, in creating a unified Mycenaean consciousness? If you can answer those questions, you are ready to tackle the issue of the Exodus. For our accounts of the Exodus reflect the prehistory of the Israelite nation, or, perhaps, of some part of it.